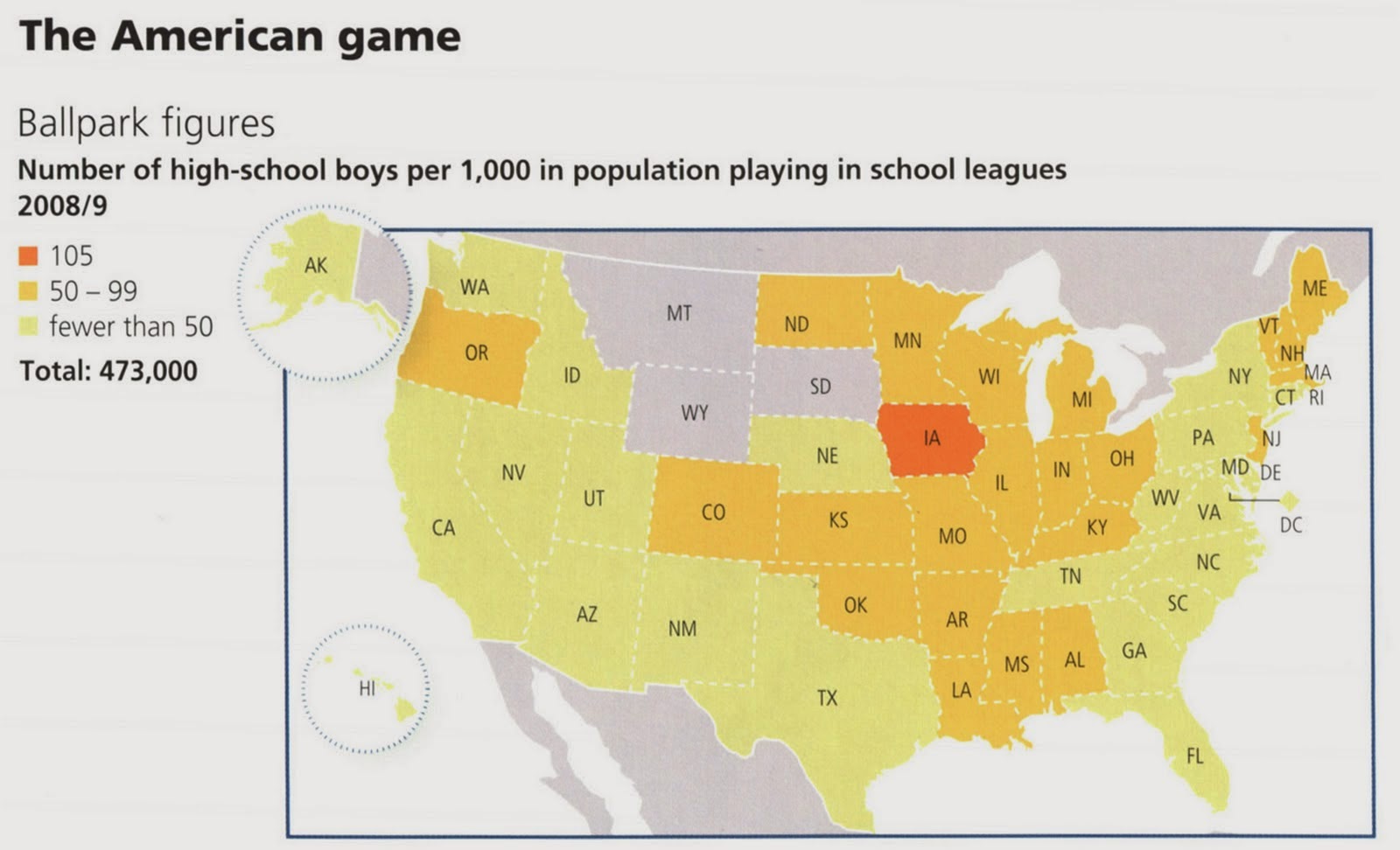 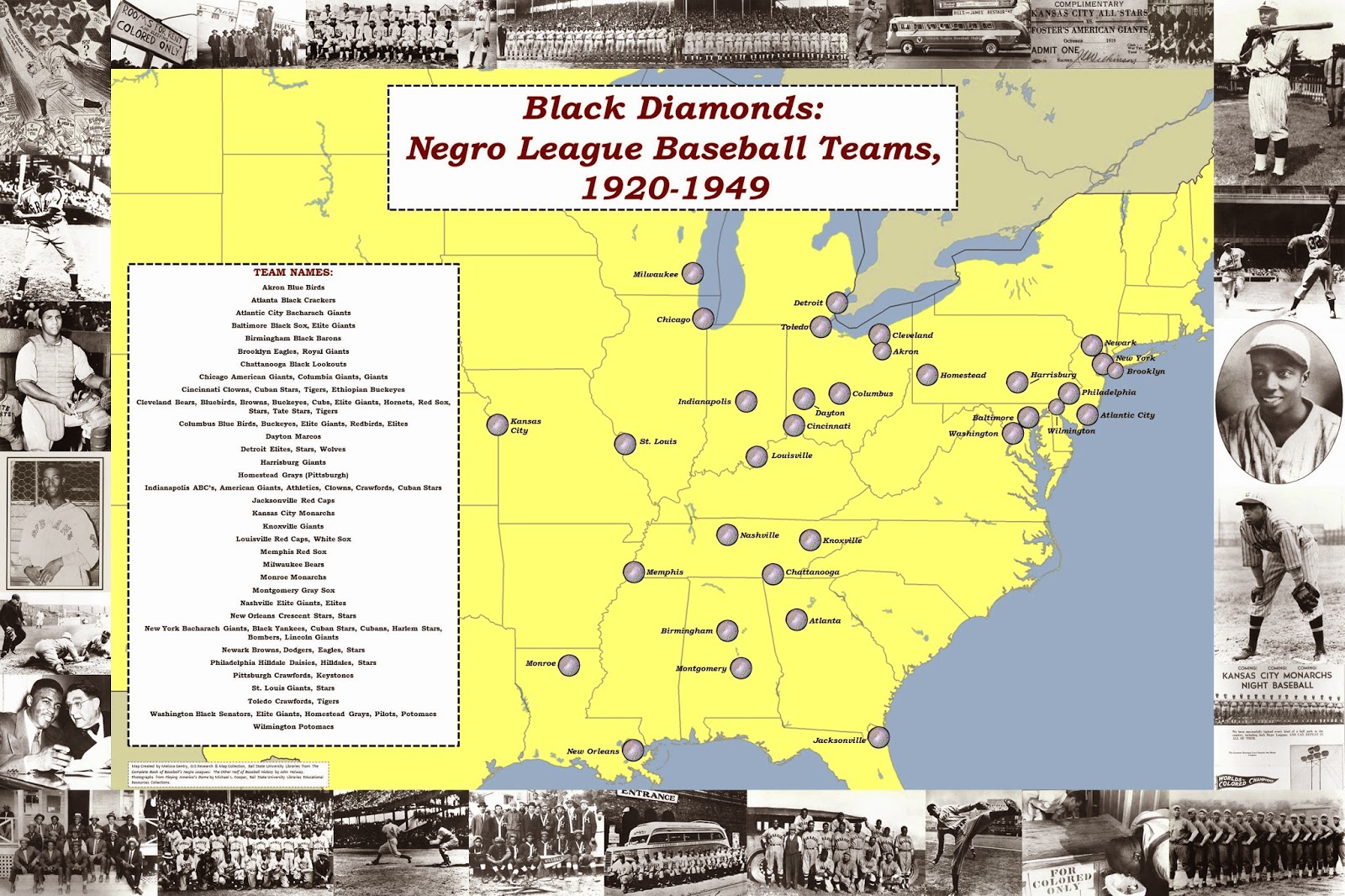 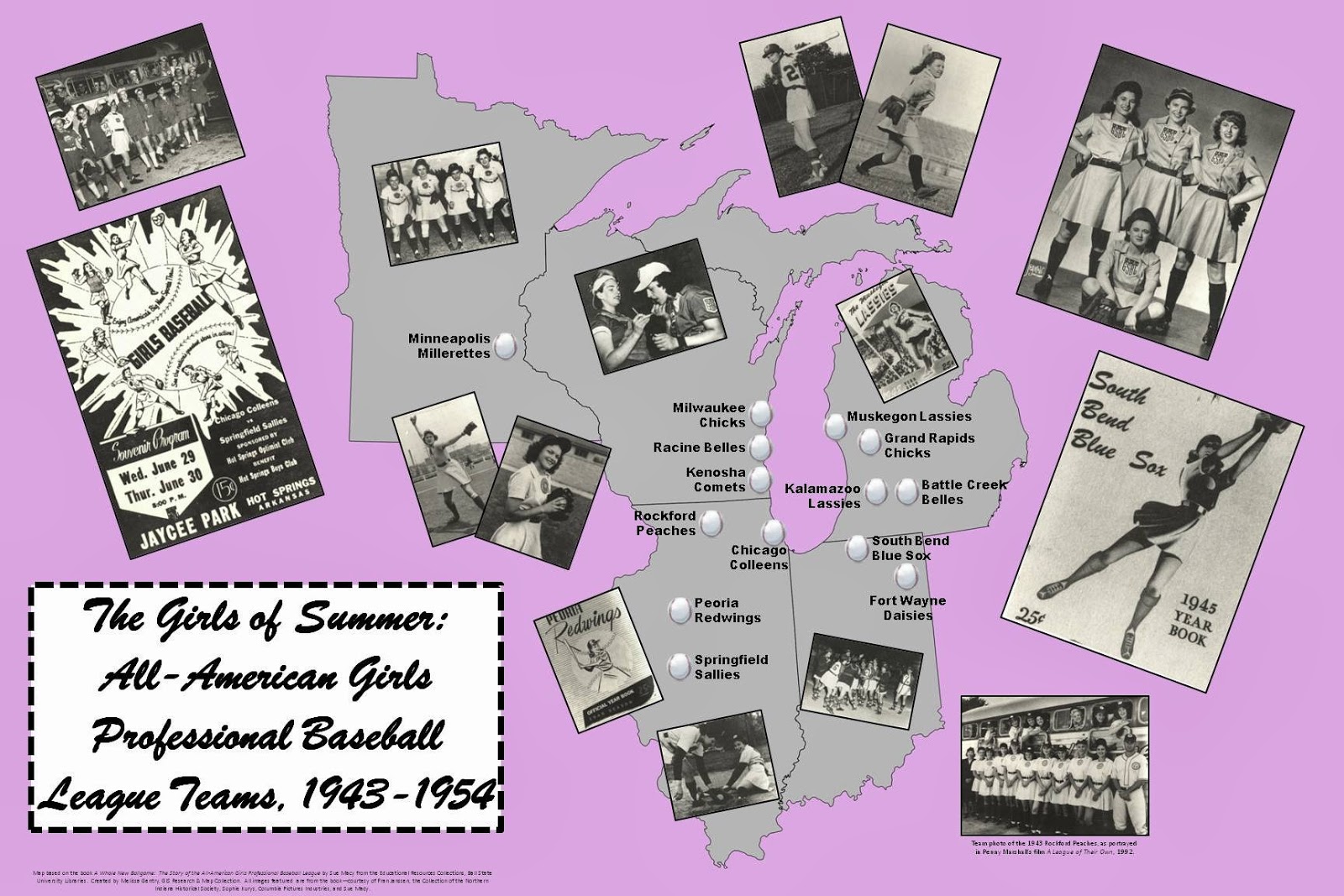 It’s Opening Day at ballparks around the country, and the Ball State University Libraries’ GIS Research and Map Collection (GRMC) offers baseball fans and others a glimpse at some baseball-related maps.

The GRMC includes a travel map locating all of the Major League Baseball stadiums.  The map also includes contact information for every major league, minor league, and independent professional baseball team in the U.S. and Canada.

The Atlas of Sport available in the Atlas Collection features maps on the “American game,” including the map shown above (click to enlarge) depicting the number of high-school boys playing baseball in school leagues, with Iowa (site of Field of Dreams) leading the nation.

The GRMC has also created custom maps related to the history of baseball.  Black Diamonds: Negro League Baseball Teams, 1920-1949, (shown above) was created in association with the documentary Black Baseball in Indiana, a film created as an immersive learning project by students of Geralyn Strecker, Assistant Professor in the Department of English.  This map shows the location of the Negro League teams in the United States.  Photographs featured on the map are from the book Playing America’s Game by Michael L. Cooper.  The map is available for use from the CardinalScholar repository.  Copies of the map can be printed on the large-format plotter in the GRMC (charged to Bursar’s account) for exhibits, for use in the classroom, or personal use.

Another map, The Girls of Summer: All-American Girls Professional Baseball League Teams, 1943-1954, (click to enlarge above) commemorates the women who played professionally beginning during World War II.  The map was created for Women’s History Month and is based on the book A Whole New Ballgame: The Story of All-American Girls Professional Baseball League by Sue Macy available from the Educational Resources Collections.  This map is also available from Cardinal Scholar.  All maps are also available via interlibrary loan.

For more information about these or other cartographic resources, please contact the GRMC at 765-285-1097.
Posted by MG at 8:35 AM